This silver coin contains 1.00 troy ounces of bullion. The melt value of one Random Year Britannia 1 oz Silver Coin is $23.88 based on the current silver spot price.

4.1500
★★★★★
★★★★★
Bullion Exchanges Review: I have ordered from them once, had no issues. Would order from them again.
4.1500
★★★★★
★★★★★
Monument Metals Review: Jonathan has been excellent EVERY SINGLE TIME, I've purchased from him, price, speed of delivery, I have this as my number 1 place to buy precious Metals.Grade A+
4.1500
★★★★★
★★★★★
Silver Gold Bull Review: Yes I do! I purchased some 90% Silver at a very, very good price! Silver Gold Bull can not be beat when it comes to service and price!! I even got the coins that I wanted to have ....Lucky me!
4.1500
★★★★★
★★★★★
UniversalCoin.com Review: I purchased several coins from Universal. It was my first purchase from them...but it Will Not Be The Last. I found them professional, friendly and truthful and my order was completed and received in perfect condition in a...
4.1500
★★★★★
★★★★★
SD Bullion Review: I've been purchasing from SD Bullion for more than four years now. I have loved my dealings with them. They always offer the lowest prices on the bullion products that I like to purchase and stack. Plus they helped guide me on... 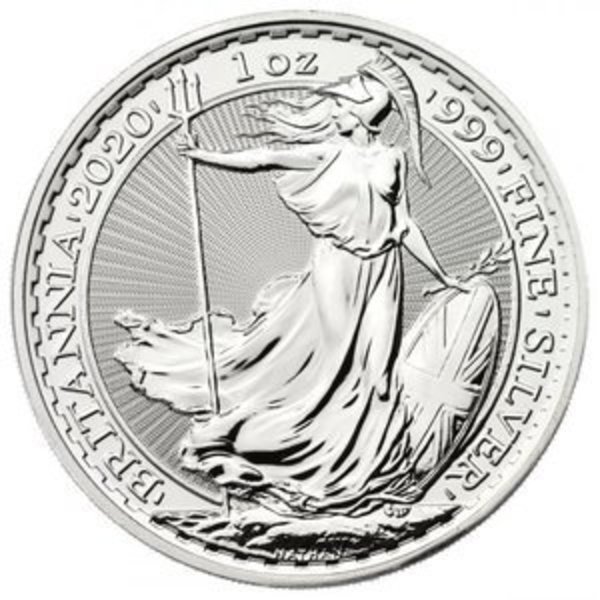 The Britannia is a bullion coin that is minted annually by the Royal Mint. It is the flagship .999 fine silver bullion coin from Great Britain.

Random Year Britannia coins is a great way to save money on premiums. These secondary market coins are less expensive than buying current year coins yet maintain all of the same benefits.

The Royal Mint began implementing elements to enhancement security and counterfeit preventioon into some of the coin designs. This has resulted in some minor design differences between some mintage years.

The Britannia folklore and mythology is well known throughout the world due to the expanse of the colonial British Empire.

In modern times, Britannia is the national personification of the country as a female warrior.

The legend of Britannia originated thousands of years ago when the British Isles were part of the Roman Empire.

The Britannia 1 oz silver bullion coin has been minted since 1997.

For the first 5 years, from 1997 until 2012, silver Britannia coins were minted with silver content of 95.8%, or .958 fineness. This odd percentage is referred to as Britannia Silver and was introduced by an act of parliament in 1697. These coins were minted in limited numbers and most typically have some numismatic value.

In 2013, the silver content of these coins was increased to .999 fineness and the mintage years became unlimited. Some mintage years have included Lunar Privy marks in limited quantities.

FindBullionPrices.com tracks prices from some of the most trusted and reputable online bullion dealers to help find the lowest prices on Random Year Britannia 1 oz Silver Coin.

Shop other silver bullion and coins from Great Britain.