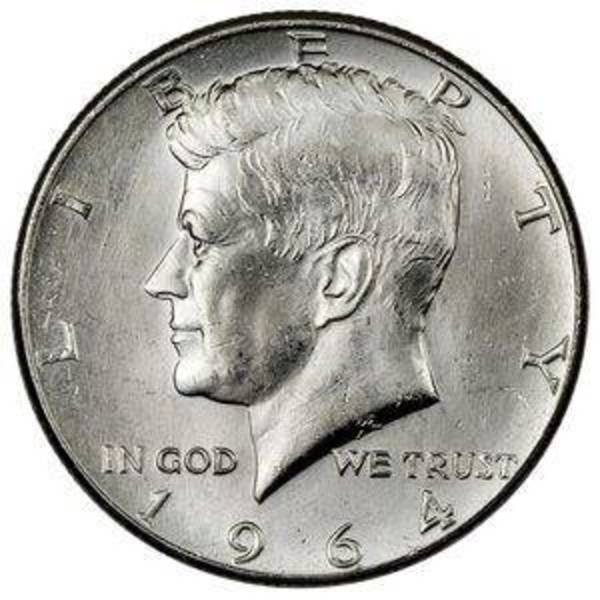 1964 Kennedy Half Dollar coins can typically be bought for a low premium over spot price making them an excellent choice for investors.

Most of these coins were bought by collectors upon release from the mint. Although listed in circulated condition, most 1964 Kennedyy Half Dollar coins show little signs of wear.

These are a very popular choice for investors who prefer to buy junk silver coins due to their convenient roll sizes.

FindBullionPrices.com tracks prices from some of the most trusted and reputable online bullion dealers to help find the lowest prices on 90% Silver 1964 Kennedy Half Dollar 20-Coin Roll.

Comparing prices for 90% Silver 1964 Kennedy Half Dollar 20-Coin Roll across multiple bullion dealers is the best way to pay the lowest price.