This gold coin contains 0.24 troy ounces of bullion. The melt value of one British Gold Sovereign is $456.13 based on the current gold spot price. 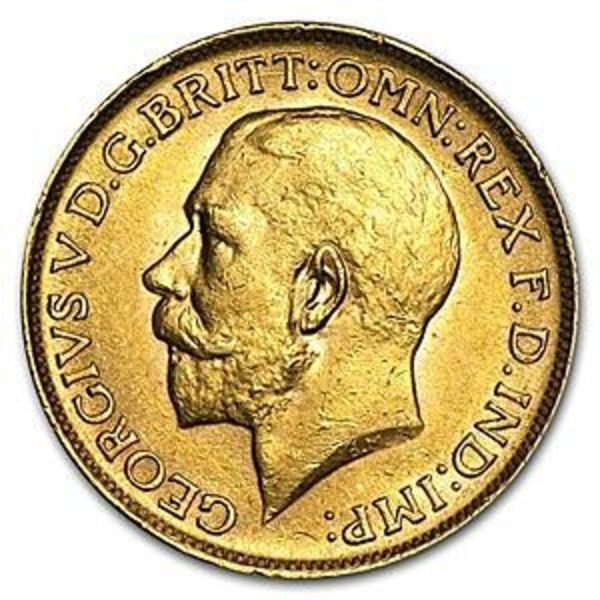 The Gold British Sovereign coin has long been an attractive coin that is ideal for gold bullion investors, collectors and those with an interest in history.

The Royal Mint began producing Gold Sovereigns in 1817. Around this time gold coins were in regular circulation and commonly used in commerce and trade.

The obverse design of the gold sovereign coin contains a portrait of the reining monarch at the time of minting.

The reverse contains a rendition of St. George slaying a dragon with a sword while riding a horse.

The weight of a gold sovereign coin is roughly a quarter ounce. The approximate gold weight in each gold sovereign is .2354 troy ounces or 6.67 grams.

Gold Sovereigns were minted throughout the world at various mint's that were part of the British Commonwealth. Secondary market coins will often contain a variety of mint marks.

These coins have worldwide popularity and are widely recognized making them a great way to diversify your portfolio.

For gold coins in the quarter oz weight class, the British Sovereign is one of the most popular coins with gold buyers because of the high mintage numbers and low premiums.

At the height of the British empire, gold sovereign coins were minted at many different minting locations around the world.

FindBullionPrices.com tracks prices from some of the most trusted and reputable online bullion dealers to help find the lowest prices on British Gold Sovereign.

Comparing prices for British Gold Sovereign across multiple bullion dealers is the best way to pay the lowest price.