This silver coin contains 0.77 troy ounces of bullion. The melt value of one 1921 Morgan Dollar - Average Circulation is $17.46 based on the current silver spot price. 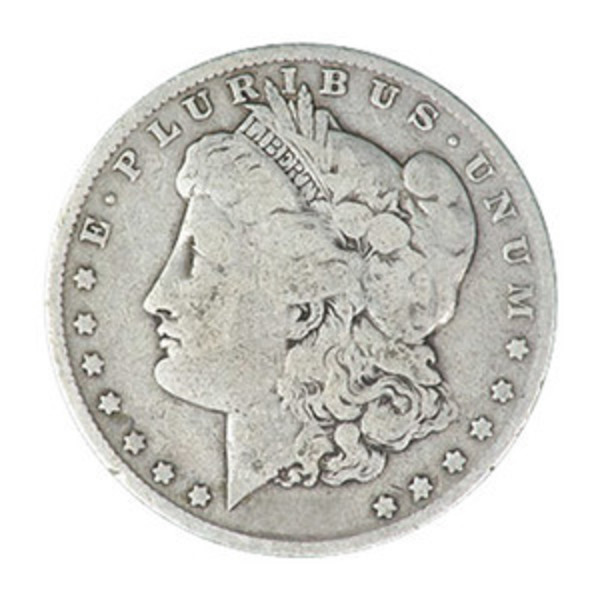 The Morgan Silver Dollar coin was reintroduced by the US Treasury in 1921 before releasing the Peace Dollar coin.

Morgan Silver Dollar coins from 1921 are popular amongst bullion stackers because of their silver content and historical significance.

The Mint had stopped producing one-dollar silver coins in 1904 due a decrease in the need for these coins.

The mint began producing Morgan dollar coins in 1921 and the public was slow to use them.

Economies around the world were still recovering from the devastations of the first World War when the Morgan Dollar coin was reintroduced iin 1921.

Having a $1 silver coin in common circulation helped to restore trust and faith in the economy to drive growth through a prosperous economy throughout the roaring 1920's.

More than 80 million Morgan style $1 siilver coins were produced by the Mint in 1921 and they are popular with collectors.

Even worn and circulated silver dollar coins have numismatic value in addition to their intrinsic melt value relative to the spot price of silver.

The numismatic value is based on their collectibility, desirability and the rarity of various coins within in the overall series and mintages when the coins were originally minted.

The premium on Morgan Dollar Silver coins in average circulation will vary from dealer to dealer. The premum value that these coins is partially driven by the demands of the collectors market.

Circulated 1921 Morgan $1 are actively traded by precious metals investors. Wholesale premium of these silver dollars can often be 25% over melt value.

A common investment strategy often involves timing the market to leverage price swings and increase the profits from their precious metals portfolio. Many investors buy circulated Morgan dollars for that purpose.

FindBullionPrices.com tracks prices from some of the most trusted and reputable online bullion dealers to help find the lowest prices on 1921 Morgan Dollar - Average Circulation.

Comparing prices for 1921 Morgan Dollar - Average Circulation across multiple bullion dealers is the best way to pay the lowest price.