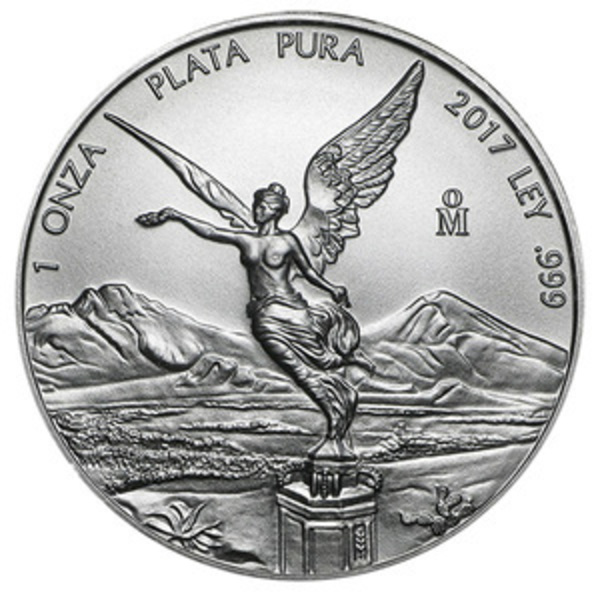 Minted by the Casa de Moneda de Mexico in limited quantity and issued annually since 1982, the 1 oz Mexican Libertad Silver Coin is one of the most popular bullion coins in the world. The obverse of the coin shows the coat of arms of Mexico surrounded by historical Mexican coats of arms. The reverse depicts a winged Angel of the Mexican Independence Victory Column in front of a landscape with the volcanoes Popocatépetl and Iztaccihuatl. The Mexican Mint is the oldest mint in the Americas and was established in 1535. The interesting fact about this mint is that its silver eight-real coins and later on the silver peso became the basis of the modern national currencies of many countries in this part of the world, including the US dollar, Chinese yuan and Japanese yen. Another interesting fact related to this part of the world is that the widely used $ symbol used to represent the Spanish American Peso during 1770s, also known as Spanish dollar, in British North America, and was later on used as a model for the currency adopted by the United States in 1785.

You can easily and quickly compare bullion dealers to find the lowest prices for silver coins at FindBullionPrices.com. If you don't see something you're looking for Contact Us and let us know so we can add it.

Our Closest to Spot tool can help you find the lowest premium when you are ready to buy silver coins for the best online prices.

Shop other silver bullion and coins from Mexico.