This silver coin contains 5.00 troy ounces of bullion. The melt value of one 2020 ATB American Samoa National Park 5 oz Silver Coin is $119.10 based on the current silver spot price. 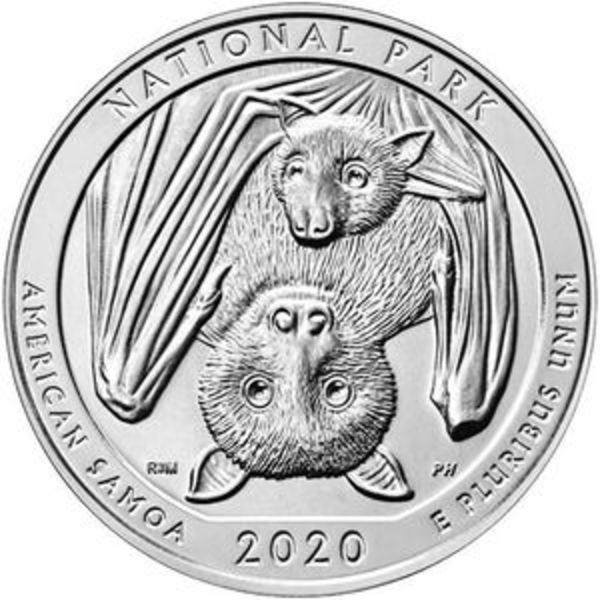 The America the Beautiful series of 5 oz silver bullion coins from the US Mint duplicates the famous quarter collection.

Each coin in the series honors a national park or monument in the US. Each coin features artistic portraits of the place's most famous attributes.

These coins are manufactured using strict standards. They are minted from investment grade silver. With a limited annual mintage the America the Beautiful coins are a good choice to add to any silver bullion collection.

The American Somoa National Park is 1st issue of the 2020 ATB Series and the 51th overall in the American The Beautiful Series!

The National Park of American Samoa is distributed across three islands. The park protects coral reefs, tropical rainforests, fruit bats and other native species over a stretch of 13,500 acres of land, reefs, and ocean.

FindBullionPrices.com tracks prices from some of the most trusted and reputable online bullion dealers to help find the lowest prices on 2020 ATB American Samoa National Park 5 oz Silver Coin.