This gold coin contains 1.00 troy ounces of bullion. The melt value of one 2017 Great Britain 1 oz Gold Queen's Beasts The Griffin is $1937.70 based on the current gold spot price. 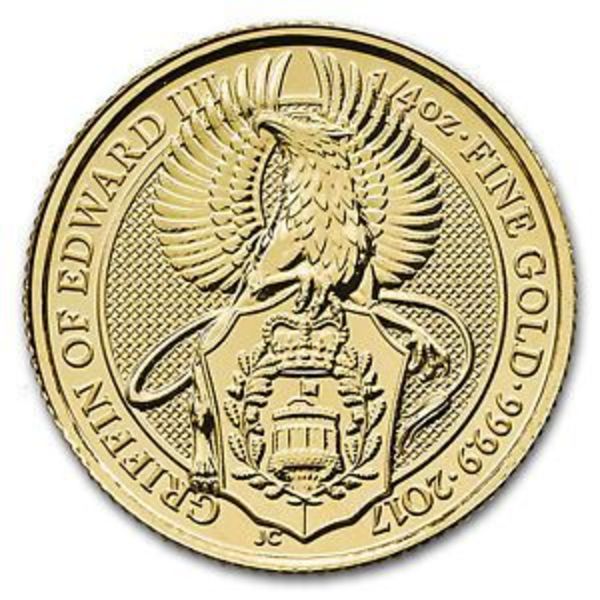 The Queens Beasts Collection coins are British coins issued by the Royal Mint in gold and silver starting in 2016. The Griffin of Edward the III was the second coin in the series and depicts the ancient mythical beast.

It was considered a beneficent creature, signifying courage and strength combined with guardianship, vigilance, swiftness and keen vision. It was closely associated with Edward III who engraved it on his private seal.

FindBullionPrices.com tracks prices from some of the most trusted and reputable online bullion dealers to help find the lowest prices on 2017 Great Britain 1 oz Gold Queen's Beasts The Griffin.