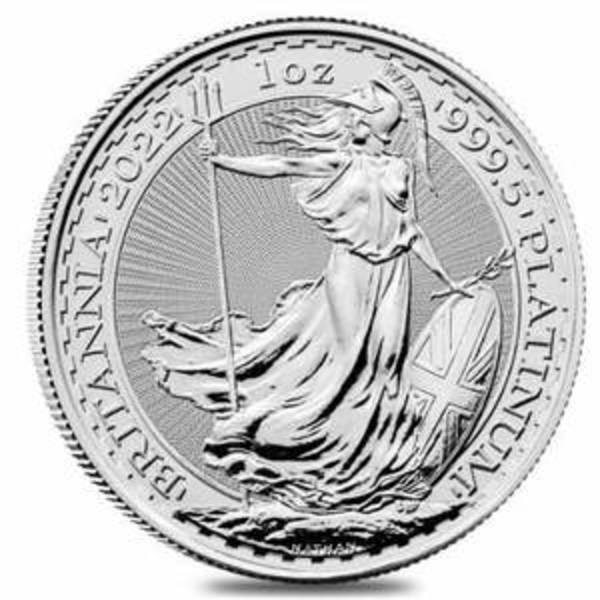 Each 2023 1 oz British Platinum Britannia Coin is available to buy from various online bullion dealers. The coins are also available in multiples housed inside of tubes of 5 to 10 platinum coins for serious investors.

The reverse of 2023 1 oz British Platinum Britannia Coins carries the image of Britannia that was designed for the Gold Britannia coins by Philip Nathan. The design captures a powerful image of Britannia on the southern coast with a trident in her right hand to control the seas and her left hand resting on the Union Jack shield.

The obverse of 2023 British Platinum Britannia Coins features the effigy of Queen Elizabeth II. This is the fifth-generation design from Jody Clark and was produced for the Royal Mint of England in July 2015. It depicts the Queen in right-profile relief wearing the Royal Diadem crown.

The Roman Empire expanded beyond the borders of continental Europe with the British Isles in its sights during the 1st Century AD. After taking control the areas in southern Britain in the south, the Romans pushed as far north as they could before stopping.

The romans named their newly conquered province the empire Pretannia, the Latin term applied to the province. This gave rise to the word Britannia in English as both the name for the province and the people who inhabited the region.