This gold coin contains 1.00 troy ounces of bullion. The melt value of one 2017 Great Britain 1 oz Gold Queen's Beasts The Dragon is $1874.20 based on the current gold spot price. 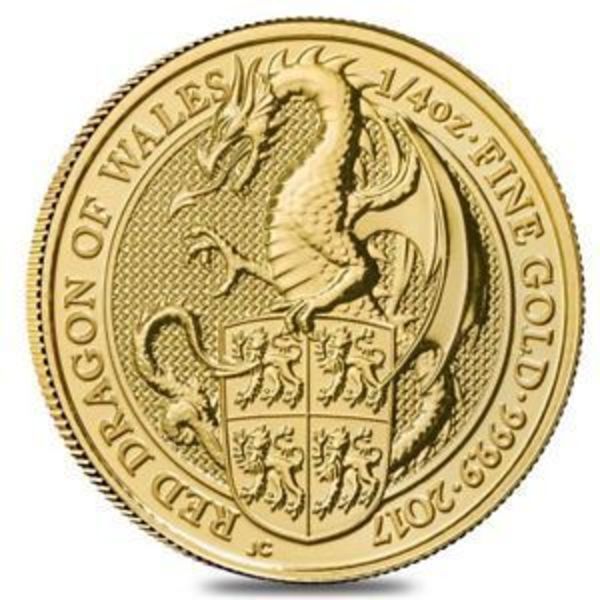 The 2017 Red Dragon of Wales one ounce gold coin is the third release in a series of ten issues of the Queen's Beasts.

Each of the ten coins in this new series will feature a heraldic animal of the British Royal Family.

This is the third one ounce gold coin in the Queen's Beasts series released by the Royal Mint and features The Red Dragon of Wales.

FindBullionPrices.com tracks prices from some of the most trusted and reputable online bullion dealers to help find the lowest prices on 2017 Great Britain 1 oz Gold Queen's Beasts The Dragon.